This relatively small collection of photos of some of Winnipeg’s more well-known early swimming pools was originally curated by Faith Ceaser at the Aquatic Hall of Fame in the 1990s to celebrate the attraction between people and water.

We would love to bring you more Canadian and Manitoban aquatic history from our archives. If you enjoy this online exhibit, please consider donating to the Canadian Aquatic Hall of Fame. 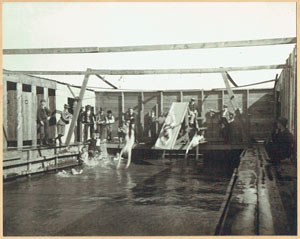 Photo taken by W. B. Cheshire

Called the “third best swimming bath in the Dominion” in the May 7, 1912 edition of the Winnipeg Free Press, the pool was located at the northwest corner of Pritchard Avenue and Charles Street that formally opened for public use on Arbor Day, May 6th, 1912. The swimming pool was 79 x 39 feet and had a range of depth from 2.5 to 7 feet. It was erected at a cost of $46,500 and was one of the first pools to have mixed bathing at all times.

During the opening ceremonies by Mayor R.D. Waugh and Alderman Herbert Gray of Ward 3, the mayor is quoted in the article saying “the grounds outside the building will have a 12 to 15 foot border of sod. Sandboxes will be provided for children to play in. Flowers and shrubs will be plated and, altogether, it is intended to make the premises a beauty spot. In addition to speeches, the 1500 spectators were treated to the first water polo game ever played in the city, plus exhibitions of skill by members of the Winnipeg Swimming Club, including pool swimming instructor Mrs. G. A. Harrison, who led a group of girls from four years and up in aquatic gymnastics. 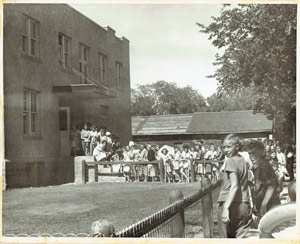 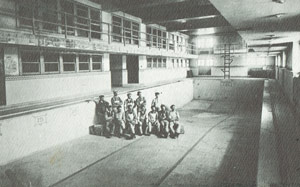 The Cornish Baths was Winnipeg’s first public indoor pool located at Cornish Avenue and West Gate. Erected March 24, 1915 at a cost of $53,253 inclusive of the land costs. The pool was demolished in 1931 owning to instability of the river bank. 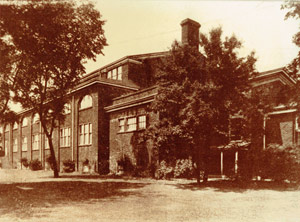 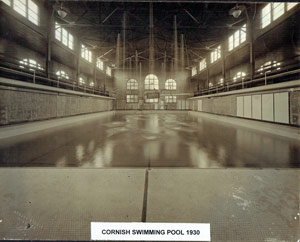 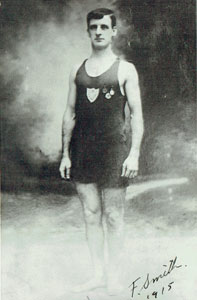 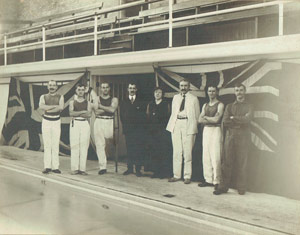 The oldest indoor swimming pool in operation in Winnipeg at present is located at 381 Sherbrook Street. The Sherbrook pool was opened for public use on March 2, 1931, and is 75 x 50 feet with a bathing capacity for 263 people. 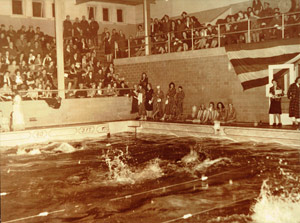 In 1973 the pool was closed due to problems in the structure and a replacement pool was erected. The new pool was called a “Port-a-Pool”, and at the end of the summer in 1975, the Port-a-Pool was dismantled and stored to be constructed at a new site in 1976. In 1977 a new indoor pool was built on the same site as the old Sargent Pool and became a part of a sports complex which still stands and is in complete use. 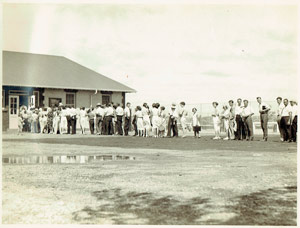 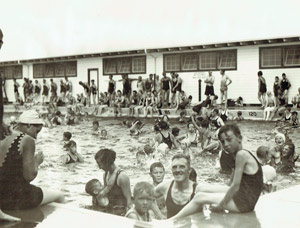 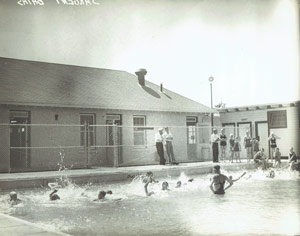 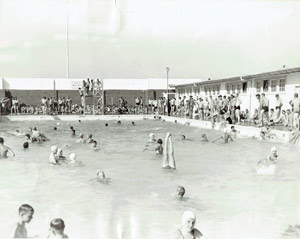