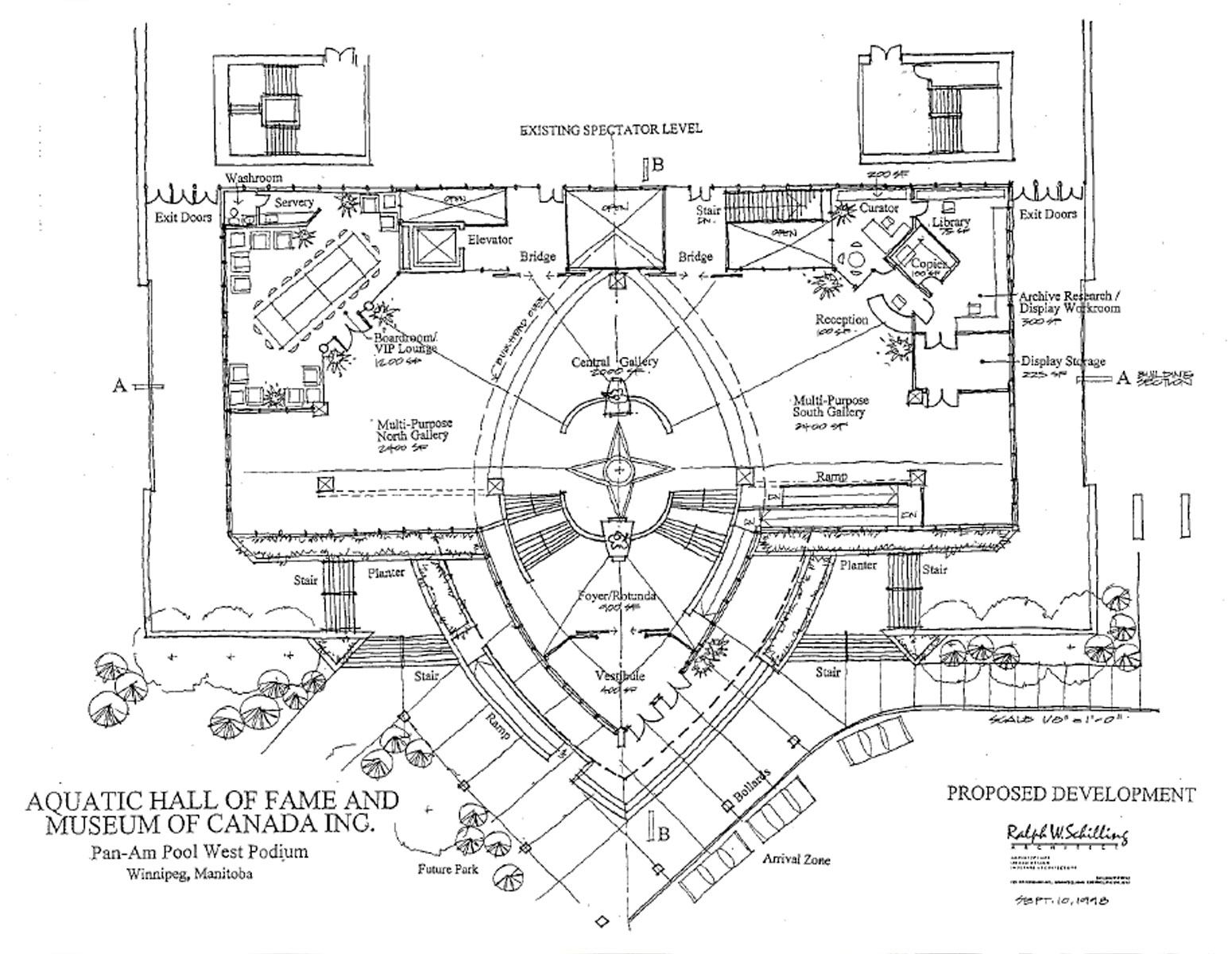 Designed by Ralph W. Schilling and completed in 1999 the 3,000 square metre (10,000 square foot) facility has a distinctive ‘prow’ architecture. The gallery was dedicated by HRH the Princess Anne during the 1999 XIII Pan Am Games at the inaugural event of diving. In her honour this 10,000 square foot gallery has been named The Royal Gallery.

After several years of negotiations, in early 2014 the City of Winnipeg and the AHFMC reached an amicable agreement that guarantees exclusive use of the Royal Gallery for the next 50 years.

The Royal Gallery / Canadian Aquatic Hall of Fame will be the main entrance for the swimming and diving events at the 2017 Canada Summer Games. Washrooms, new LED lighting, new floors, processing room, curators/admin room, permanent display area and storage are just a few of the upgrades. The current plan is to call the Canada Summer Games our “pre-opening” with our Grand Opening happening in the near future with an induction ceremony at that time. It has been nearly a decade since any inductees were nominated to the hall of fame. The Canadian Hall of Fame is very much looking forward to having a “bricks and mortar” space that will not only showcase our current list of over 100 inductees, but also the nearly 3000 aquatic artifacts that tell the history of swimming, diving, synchronized swimming and water polo in Canada over the last century.

Monetary donations, and volunteer assistants are always needed. Please contact us for information.